During the 2011 baseball season, the Topps Company dipped into the "retro" well once again with a product they branded "Gypsy Queen." These cards were fashioned after the 1887 classic tobacco cards, and they were an instant success! Many dealers sold out of the product in short order. Even a "hiccup" in the guaranteed inserts from Topps did not slow the enthusiasm for Gypsy much.

Of course, anything that goes that well is going to be repeated, and this past week the anticipated 2012 Topps Gypsy Queen Baseball Cards went "live." Topps made a few changes in the sets make up for the season, but even the changes built on the success of last year's launch. 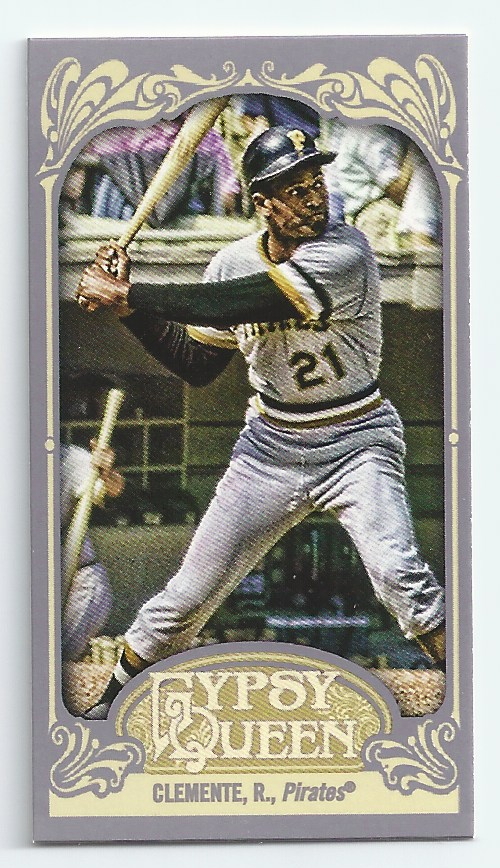 Completing the "base" set will mean the collecting of 350 cards, which includes 50 short print variations. That will keep eBay and traders busy for a while. And, each hobby box boasts "2 Autographs & 2 Relics Per Box!" This is good as the product introduces at over $100 a box. Additionally, there are parallels and inserts, many of which are serial numbered to short runs.

However, the item that captivated several last season is also back this season, and that is the Gypsy Queen "minis." These can be randomly inserted in the packs of both hobby and retail packs. BUT the fun is in the fact that EVERY Hobby box of Gypsy Queen contains a small box of ten (10) mini cards as a sort of "bonus." It is a concept not unlike the Hobby box box topper…but way more cool! The mini cards are a parallel of the whole set, including certain insert sets:

Just to share the fun and stir your interest, we wanted to list for you the contents of the first "minis box" opened at MLB Memories this week.