In Praise of Manufactured Patch Cards

Over the last few years it has become standard practice for the Topps Company to release the first wave of their flagship baseball card product in a variety of manners. It seems likely they will never leave the basic “wax” pack (even if the size of those packs vary from retail to hobby and regular to jumbo). Additionally, the cards are released in rack packs, small boxes of around 50 cards, specialty packs, and the “blaster box. ”

Blaster boxes have become a staple in these recent years, particularly in national chain stores such as Target and Wal-Mart. They usually contain anywhere from 8 to 10 packs (often advertising one as “extra” or “free”). But, for the fan in us at MLB Memories, the real key to these blasters is the special card often included in the first wave of blasters to hit the shelves. These specialty cards are “patch” cards, not of actual game-worn anything, but rather manufactured patches meant to give the collector something unique. And they are unique! 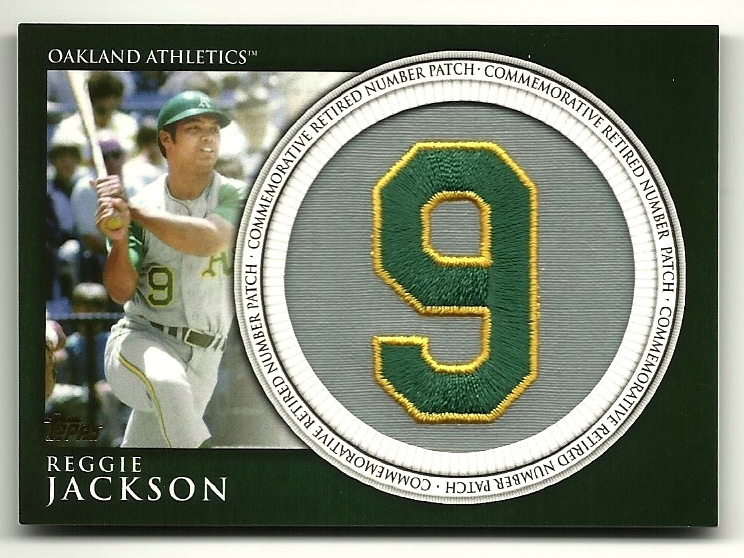 The 2012 offering of Commemorative Patch Cards feature two different styles, both of which contain a Hall of Fame checklist. One set of patches is called “Historical Stitches.” These cards are meant to resemble the players name as it might have looked sewn into an actual jersey. The material has the look of vintage wool in either a cream color for the home “whites” or a gray material to simulate the away jersey.

Retired numbers are the theme of the other commemorative patches and, in our opinion, has even greater appeal. The cards feature the jersey number of the player pictured as it was retired by his former team. The patch is in team colors, and looks very sharp. It also appears that these cards were produced in fewer numbers than the signature patches, but that is only an “eyeball observation. ”

Some collectors don’t care for these manufactured cards as they do not contain any actual game-used value. But we at MLB Memories really enjoy them! After all, baseball cards are meant to reflect the game and provide an entertaining hobby, and these cards certainly do that!