Quoting the Hall of Fame Rookie Class of 1983: Ryne Sandberg

Recently, here at MLB Memories we took an afternoon to rip through a box of 1983 Donruss Baseball wax packs. It was a blast reliving that time almost 30 years ago when we first did that! And to top it off, all three of the Hall of Fame rookies in that set…Wade Boggs, Tony Gwynn, and Ryne Sandberg…were found in the box! 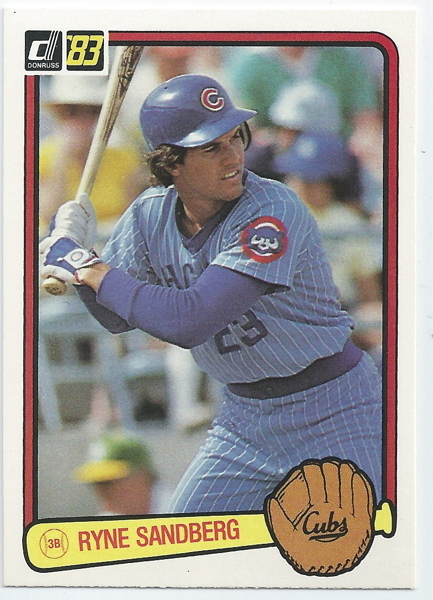 In honor of those players, and for fun, we are glad to bring you this quote:

It was all about doing things right. If you played the game the right way, played the game for the team, good things would happen. That's what I loved most about the game, how a ground out to second with a man on second and nobody out was a great thing. In my day, if a guy came to spring training 20 pounds heavier than what he left, he was considered out of shape and was probably in trouble. He'd be under a microscope and the first time he couldn't beat out a base hit or missed a fly ball, he was probably shipped out. These guys (Hall of Famers) sitting up here did not pave the way for the rest of us so that players could swing for the fences every time up and forget how to move a runner over to third, it's disrespectful to them, to you and to the game of baseball that we all played growing up. Respect.

Ryne Sandberg, from his Hall of Fame induction speech, July 24, 2005